bloom where you're planted 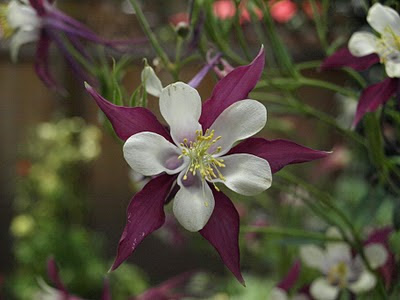 Through a series of unfortunate events, Joseph ended up in Potiphar's house after being sold by his brothers.  (Imagine how good that made him feel inside.)  The longer he lived in Potiphar's house, the better the situation got for Joseph.  Potiphar was finding that he didn't have to worry about one thing (except his food, we're told) as long as Joseph was around- everything was being managed perfectly well by this new import.

Can you picture the joy on Potiphar's face?  He's beaming with an I-sure-could-get-used-to-this kind of smile.   And in all of it, the beautiful fact is that Joseph was just being Joseph. God had gifted him with the natural abilities to oversee, manage, arrange, coordinate and handle everything assigned to him and he was living up to every part of it.

Lies, blame, and false accusations land Joseph in jail for a crime he didn't commit.

Unfair? Yes.  Worth fighting against? I would think so.  But Joseph continues to be Joseph.  Seemingly without complaining, he realizes that God has allowed his address to change, but not his abilities.  Soon, the prison is running swimmingly as Joseph once again rises to the top of the managerial ladder and all of those around him realize this is one talented individual.

I can't say I would have reacted like Joseph did.  I'm thinking I would have been so busy trying to get out of this unwelcome plan B and back to the way my life was during plan A that I wouldn't have been attempting to see how God might use me in this new situation.

This account in Genesis 39 gives fresh meaning to the phrase, "Bloom where you're planted."  God can use you anywhere.

You just have to stop asking "why" long enough to stop and let God show you how.
Posted by Beth Coulton