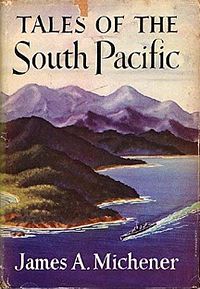 Today's writing challenge was to write down something that I aspire to; that dream, that passion, that "I want to be this but I'm scared to say it out loud" kind of desire which, if it did indeed describe me, would allow me to die happy.

Jeff challenged us with this- Here’s what I want you to do: Write down in some place secret, “I am a ____.” Do it and do it now. We’ll come to it later. For now, pull it out every day and read it. Yes, this is hokey, and yes, I want you to do it, anyway.

And I'm not going to tell you what I wrote, but I am going to take it out every day and read it, just as he suggested.

I will tell you one thing I already am that I thought might help me in this writing life; something that could potentially carry a lot of clout and breeze me through a lot of doors.

I am a Michener.

Michener was my maiden name, and while my father is not James A., James A. was my father's history teacher at a private high school in Pennsylvania back in the late 1930's.  And.....my brother happens to be named James.  Without the A. (it's gotten him places.)  My mother didn't believe in middle names so when I got married, Michener slid nicely into that middle spot squarely between Elizabeth and Coulton.

When I started to write, I sniffed a whiff of importance and just in case it had any inkling of helping me get anywhere in this world,  I used my whole, entire, middle-and-all name.  Because I could.

Didn't make a darn bit of difference.  Didn't raise one eyebrow.  Didn't get one reaction.

Oh well.  At least I tried.

Each writer has to stand on their own.  No one's merits can count as yours; each individual's work is theirs and theirs only.  As it should be.  It's all good, really.

But I'm glad I gave it a shot.  Because you just never know what's in a name.  And when I pen "North Pacific", you can be sure I'm going to use my middle name right on the front cover.