We loaded in the van at 3:30 pm yesterday with our guide, Leslie from CHIEF, and she took us on a tour of the mesas where a lot of the traditional Hopi live.  They are simply named First Mesa, Second Mesa, and Third Mesa, in order from east to west.  It's amazing that there are communities up on these high plateaus and the people there count a lot on tourism and selling their wares (pottery, carved wood) to make a little income.  We were not allowed to take pictures on top of the mesa (due to it being traditional sacred ground) but we got some great shots on the way up and down! 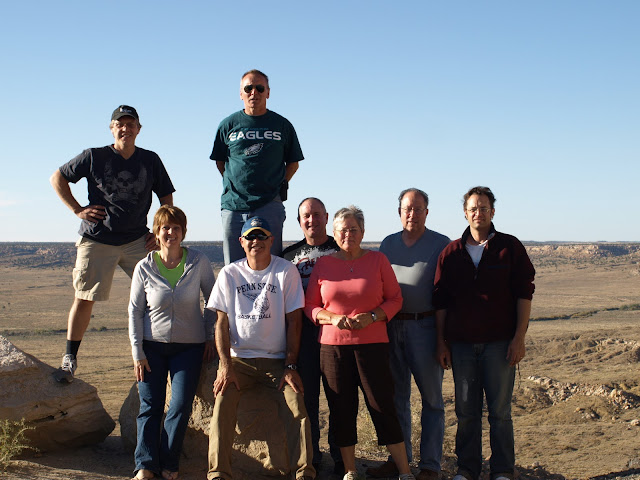 They saw us coming (somehow) and three men walked down the hill to try to sell us carvings and drawings. 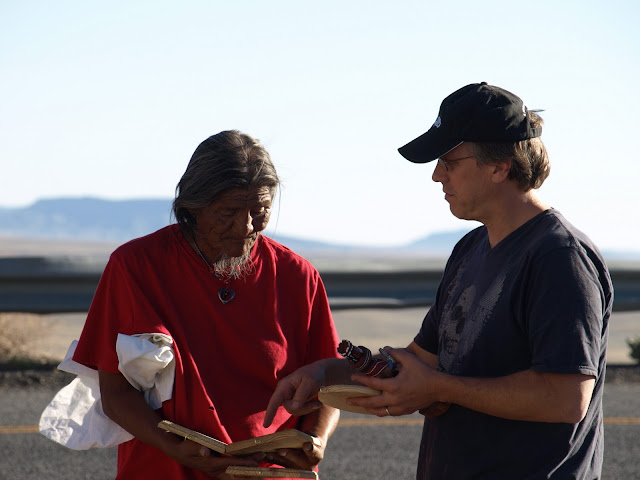 And here's the hill - 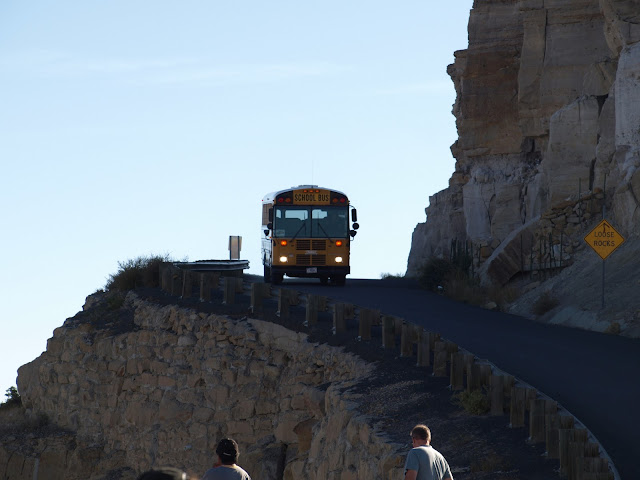 Even tho we weren't allowed pictures on the top, Leslie knew one family well and asked permission.  Savannah was giggling as I showed her my phone and told her I would take her picture and then let her see it right afterwards. 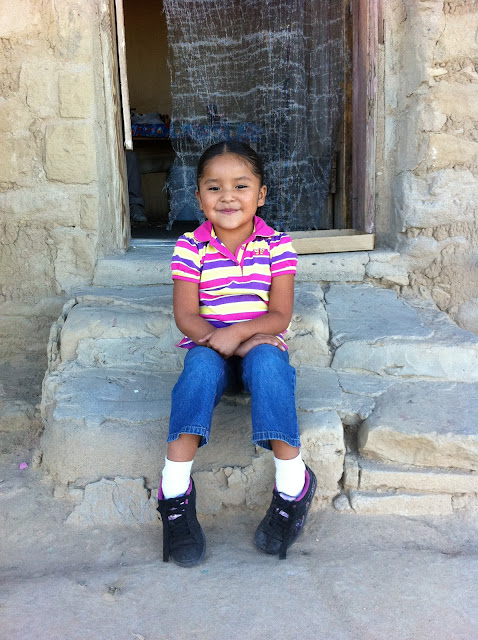 We were running out of daylight so it was time to come down and head home for a traditional Hopi meal being prepared for us by Kay. 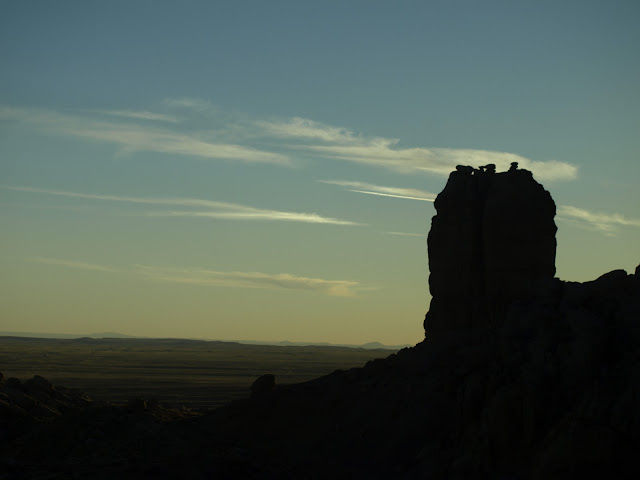 On the drive home, we caught the moon coming up over the canyon. 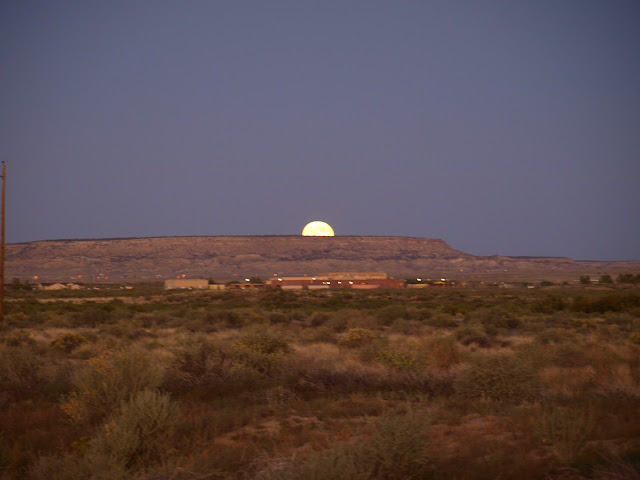